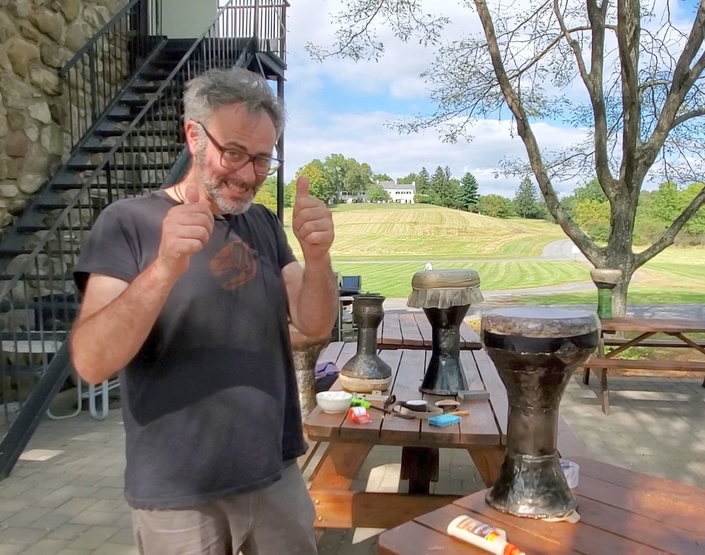 How to change the head on a natural skin drum

Do you need to change the head on your natural skin darbuka, or frame drum? Rami guides us through a step by step tutorial of how to rehead a natural skin drum using the glue and clamp method. The process is demonstrated through video segments featuring metal artist, drummaker, and drummer, Quentin 'Q' Shaw, at our Goshen Summer Düm Darbuka Camp. You can watch to learn the process or follow along and rehead your own drum using the PDF and video segments as a guide. Also there are helpful segments on what kind of skins to use and where to find large rubber bands. 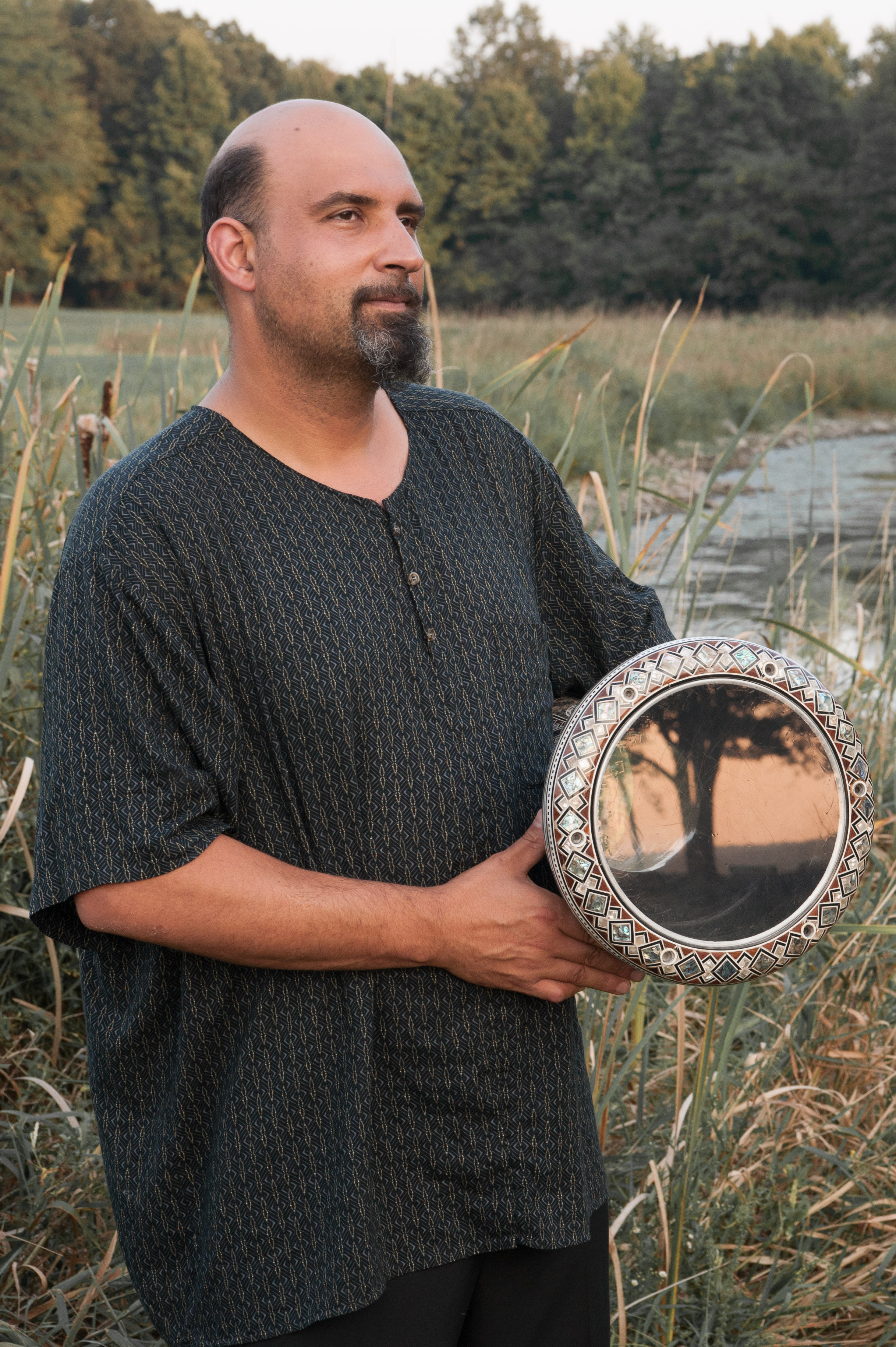 Rami ‘Tabla’ ElAasser plays darbuka and sings worldwide with groups including Alsarah & the Nubatones, Raquy Düm, andZikrayat.Based in New York & the Berkshires, he is a regular at NYC's taraab and dance parties with traditional musicians from across the mideast. With roots in Egypt, his repertoire includes classical and folk traditions from the Arab World, Greece, Balkans, Turkey, East and North Africa, by way of Brooklyn.

Rami's grooves also can be found on many recordings, soundtracks, and live theatre productions, most recently on Broadway subbing at The Band’s Visit.

The third album with Alsarah & the Nubatones, is coming soon.